I’m one of these weird people who enjoy running long distances, possibly a mild case of undiagnosed masochism. At the beginning of this year, I was looking around to see what running events took my fancy and I thought I’d finally take the plunge and sign up for an ultra-marathon. One event caught my eye for a couple of reasons. First, it was local, less than an hour’s drive away in Plympton, near Plymouth. Also, there was no target distance, only a time: 24 hours. In that 24 hours, the distance could be any multiple of the five mile course. This sounded perfect for someone new to ultras and had no idea what distance to go for. Despite this, it was a daunting prospect, so I sent an email around to see if I could find like-minded masochists. It turns out that it was a shared affliction, and after a period of cajoling and bribery, we had a dream team: me, Ian, Lucas, Chris, Simon, James, and Bethany (James’ better half).

The first team decision was choosing a charity. The event organisers offered a discount on the entry fee if the entrant agreed to raise money for their chosen charity, but we had a different cause close to our hearts that was well worth the extra cost. A work colleague, Jamie, was diagnosed with a brain tumour early last year and he’s been fighting it since then. We wanted to help this fight, so we decided to support The Brain Tumour Charity, a fantastic organisation who fund research into defeating brain tumours and provide support for sufferers and their families (https://www.thebraintumourcharity.org).

If this were a Hollywood movie, the next three months would be condensed down into a one minute montage, probably to the tune of Eye Of The Tiger. Between us, we spent many hours pounding the pavements and hitting the gyms, and finally reached the peak of physical fitness, or at least some approximation of it. We were ready for the big day. On arrival, our first impression of the site was that it was more like a festival than a race: there were hundreds of tents and loud music playing in the distance. After a group photo of all of the participants, I joined the other runners at the start line for the first lap, and at midday we started our challenge.

The course was tough (although stronger words were used at the time). The first half mile went around the campsite to lull the runner into a false sense of security, and then the next half mile went steeply uphill and set the style for the rest of the course. Despite this, there was no denying the beauty of the sweeping vistas, the serene forests, the bubbling brook, and the fields of bluebells that we ran past. The icing on the cake was that the open grassy descent to the end was perfect for showy sprint finishes.

Just as we were getting used to running the course, the sun set and night fell. Most of the route was now in total darkness, so we had to run with head torches. Without the distraction of the scenery, the course was even tougher, and tiredness soon set in. The temperature also plummeted to near freezing, prompting the surreal scene of Simon, Chris, Lucas, and I sitting in Simon’s car at one in the morning listening to music on the radio. Most of the team took the opportunity between laps to catch some sleep, although the noise and cold wasn’t conducive to a good kip, so we knew the next day would be a tough prospect.

The sunrise brought new hope to the team and the end was just six hours away. We planned our remaining laps around tiredness and injuries sustained, and decided that we needed 25 hours instead of the 24 provided. Who would have guessed that 24 hours wouldn’t be enough for us? However, we couldn’t add an extra hour to the day without serious astronomical repercussions, so Ian gallantly passed up on his last lap and we had our plan. I started the last lap (my sixth) at around 11:15, following a great lap by Simon. The last lap was different to the others, there was no rush because we were allowed to finish any time after 12. I settled into a gentle pace, and the atmosphere and bonhomie of the other runners reached an apex, and I genuinely started to feel that I would be sad for it to end. The rest of the team joined me for the final descent to the finish line and we crossed it together.

This was a unique and tough challenge for all of us. Everyone pushed themselves to their limit and then beyond, running further than they had ever done before. Personally, I was inspired by the determination and strength shown by my team mates and that helped me to carry on in the darkest moments. We knew that we were helping in the fight to beat brain tumours, so we gave everything that we had. Please help us in this fight and donate whatever you can spare (http://justgiving.com/runningsolved).

“A little fact to spur you on- with the money you’ve raised including gift aid could fund a tailored information pack for 100 people newly diagnosed with a brain tumour, complete with details on how to access the support provided by The Brain Tumour Charity! That is a brilliant achievement- you have helped 100 people who currently have a brain tumour.” Sue Routliff, Supporter Relations Officer & Community Fundraiser (South West), The Brain Tumour Charity 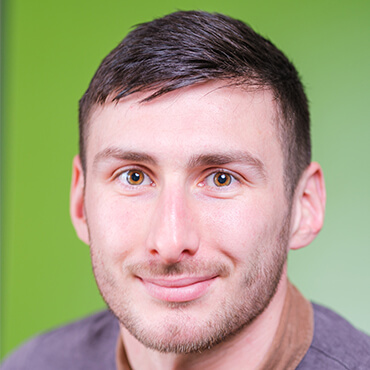 As a member of the Software Solved team, Matt Webb provides insights on insurance software solutions and technologies for a range of industries.
Linkedin

Make Sure Your Customer Service is on its ‘A Game’

Project Primer: How To Prepare For Your Next Project Kick Off

Is Your Data Helping To Increase Revenues?