The development of technology in the last 23 years 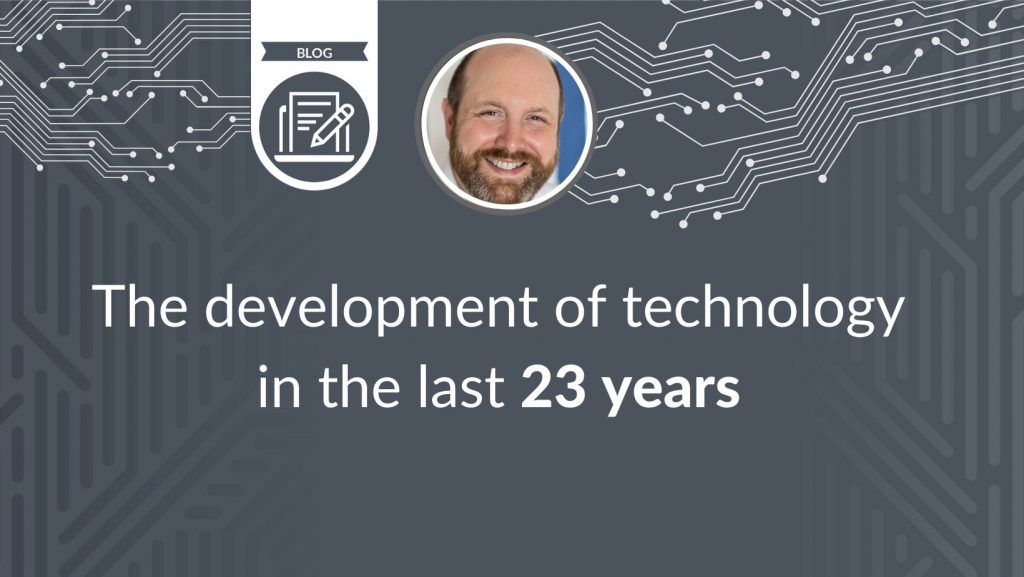 23 years. That’s a long time, especially in technology. I look back and think about how exciting it was to get on the internet, for example. I don’t think I take it for granted really, but some things are so much easier these days.

When looking at what has changed over the last 23 years, the best place to start has to be the internet. I remember having a sales meeting early in the days of Software Solved (or MSM as it was back then). We were proposing a web-based application and one of the people in the meeting said something along the lines of ‘of course, the internet is still in its infancy’. Now, at that time the internet was already decades old in terms of the underlying technologies that power it. We were talking about the brand spanking new ‘World Wide Web’ – the Information Superhighway (remember that?!). Even then, we’re probably talking very early 2000’s, the web was already in the mainstream. It was being talked about in the national media as something that the ordinary person (as opposed to just people working in tech) should be interested in. I distinctly remember thinking, with my youthful exuberance, ‘what are you talking about? The web is great, a perfect platform for building such a system’. Looking back, comparing the web to what it is today, what you can do now, that statement was absolutely right. (I was still right, though, in terms of what we were discussing at the time!)

Boing! Do you remember that modem noise? Back when MSM started we were already living in the future. 56K modems had been out for a short while, almost doubling the download bandwidth versus a normal modem. In the UK, we had ISPs supplying their service over ‘Lo-call’ phone numbers, so no matter where you were in the country, the cost of the phone call for a dial-up connection was the same. It was still billed per minute, but at least you weren’t paying national call rates. At MSM, we were on the cutting edge. We had two channels of ISDN 2e. A purely digital connection, a theoretical limit of 128Kbps. Wowsers! No annoying modem noise and no conflict with someone trying to make a phone call. Good times.

The next advancement was ADSL. We initially got a whopping 512Kbps out of that, but it was always on, no need to dial a phone number. This was a massive step up compared to using a modem, the extra bandwidth and always on connection meant that downloading software rather than installing from a CD was a viable option. You could watch videos online (just about) which just wasn’t practical before.

That all happened in the early 2000s and in the intervening time ADSL connections just got faster and faster. Now we’re seeing fibre-to-the-premises rolling out across the UK, bringing even more bandwidth, which increases what you can do with that internet connection in terms of video calls, multiple simultaneous film streams etc.

At Software Solved, we’ve been running with the leased line connection for years now, which started out as horrifically expensive, but every few years the pricing keeps coming down and the bandwidth goes up such that a leased line is something that is becoming almost a no-brainer for a business that uses the internet a lot. 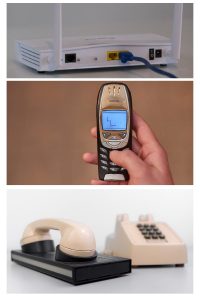 Next, I want to talk about computing devices and what has changed over the last 23 years. I think one of the biggest changes in terms of devices has been the introduction and proliferation of Wi-Fi. Back in 1998, we had network cables running around the edge of the office. The idea of getting a fast connection over the air was completely alien. Even when I first got ADSL at home, it was to one computer and there was no sharing. Eventually I bought a small network hub and ran a long ethernet cable to second computer, but it was hardly practical. Wi-Fi changed all that, and as mobile phones and tablets advanced (I’ll get on to that shortly), Wi-Fi was a vital part of the supporting infrastructure. Try to think of a world with all our connected devices and no Wi-Fi to link them up to!

Another major advancement is flat panel displays. Again, this has become a something that is almost taken for granted. Do you remember the days of massive monitors taking up most of your desk, or even just your TV and the depth of it taking up all that room? Without the advancements in flat panel technology, we’d not have the same quality of mobile device that everyone is used to.

So, mobile devices: phones, tablets, laptops, convertible laptops, 2-in-1s. All of this was pretty much a dream back in 98. Yes, we had laptops, but they were the exception rather than the default and they were certainly not the thin and light style of modern laptops. Did we have more shoulder and back problems back in the 2000’s having to lug those heavy things around?

Mobile phones moved forward in massive leaps during this period. I could write a whole blog post just on that subject. In 98 there were mobile phones of course, but all they could do was phone calls and text messages. That was it. The next big step in this timeframe was when Nokia release phones with larger displays so they could play games such as Snake. Everyone loved Snake! I don’t want to think of the number of hours poured into that game. Phones continued to get bigger screens, then colour screens, then touch screens. Touch screens, and especially multi-touch brought to the mainstream by Apple in the original iPhone, brought a whole new way to interact with these devices. See kids, there was a time when pinch and swipe gestures was a new thing!

The other development in mobile phones that really had an impact on the work we do at Software Solved was the improvements around data connectivity. Now, that first phone I had, that could make calls and sent texts, it didn’t have any data capability. As soon as GPRS (2.5G) came along, suddenly you could use your phone to connect to the internet. Now, the in-phone browsers…well…the less said about that the better, but if you had the right proprietary cable, you could link that phone to your computer and retrieve emails on it. It was so painfully slow, but at least it was something. When 3G phones came out, and phones that could act as Wi-Fi hot spots, well, we’d reached nirvana.

The other thing that I think is worth mentioning is e-Ink displays. It might just be that I’m a cynical old man but the advancements in this technology are the ones that I still consider to be magical. Perhaps it’s because I grew up seeing each advancement in flat panel displays, but whenever I read a book on my e-reader, I still marvel at the quality of the display and the clarity of the text.

Seeing as Software Solved has been implementing software systems for the past 23 years, it would be a little remiss if I didn’t mention advancements in software in that time. Yes, there’s ‘cloud’-this and ‘cloud’-that, and SaaS all over the shop, which to be fair I am a big fan of, but there’s two key software advances that really have been the bedrock for all of this growth. They are virtualisation and the maturity of web browsers and JavaScript as an application platform. Without virtualisation, the ability for cloud services to grow and scale would be so much harder and would have been a much slower development. We depend upon virtualisation heavily within Software Solved for both supporting the development of each client system in isolation and for business continuity. Oh, the horrors of backing up a physical server to tape and then waiting 12 hours at the DR data centre for the tape to catalogue. Oh, I’m just going to sit in a corner and cry for a bit! Fortunately, those days are behind us and we can provision both infrastructure and applications at a much faster rate. The advancements to the web and JavaScript really have empowered all organisations to be able to access software systems with minimal effort.

Some of you reading this may remember the expression ‘AJAX’ which represented the techniques and technology that allowed web pages to talk to a server without a full-page refresh. Again, this is taken for granted now as a feature, but it was revolutionary at the time and enabled the kinds of user interactions within web apps that power almost all SaaS applications.

I could go on and on (more so than I already have), but I would say that, right now, we’re living in the future. If you have the means, you can watch whatever TV show or film you like right now, on-demand. You can order grocery deliveries or your evening meal right now. Conspicuous consumption, sure, but think about being able to stay in contact with our families and work contacts during this pandemic. Something that was just not even remotely possible 23 years ago. The cost of and access to technology has become so much easier in the last 23 years, and I genuinely think it has benefited our lives.

This has been a celebration of the advancements of technology over the last two decades. Hopefully, this hasn’t come across as ‘kids today have it so good. In my day, we used to sit by the glow of the modem lights, watching them blink. That was our entertainment.’ Now get off my lawn.

Oh yes, and printers are still evil incarnate. Nothing’s changed there. Damn them! 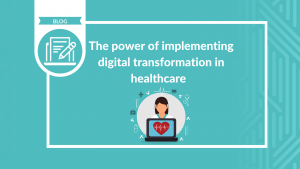 The power of implementing digital transformation in healthcare 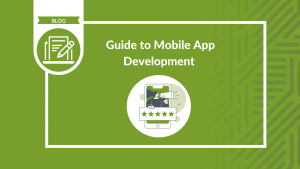 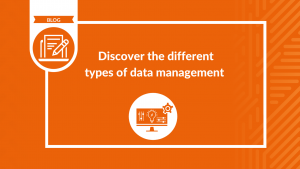