Why Xamarin is Perfect for Cross-Platform App Development

With mobile usage surpassing desktop usage and the gap only increasing, mobile apps aren’t going away anytime soon. What can be tricky though is deciding what platform to develop your app in. Android generally has a larger market share, but can you afford to alienate all your iOS users, or even Windows Phone users?

Cross-platform app development is nothing new, but there aren’t a plethora of tools that allow you to do it well. This is where Xamarin comes in. Xamarin allows developers, using .NET and C# languages, to write shared code for apps so that they can work equally well on Android, iOS or Windows. The mantra of Xamarin is write-once-run-anywhere, which is what makes it a firm favourite with developers.

How does Xamarin actually help?

Xamarin allows developers to use .NET/C# languages, to develop across the three platforms we mentioned earlier. There are a number of benefits to this. Not least of all because instead of having to know 3 separate developer languages (Java for Android, Objective-C and Swift for iOS or C# for Windows Phone), they can stick with .NET and C#. This means that the quality of coding for your app is going to be much higher.

It also means significant savings in both manpower and money. The brilliant thing about Xamarin is that it allows developers to share the application logic between platforms. On average about 75% of the logic will be shared across the various platforms using Xamarin Native and up to 95% using Xamarin Forms. Writing fully native would mean having to write two or three separate versions of this – taking far more time, delaying the development cycle and inevitably driving the costs higher.

Why you should be choosing Xamarin

You may think that Xamarin must be a jack-of-all-trades-master-of-none situation. But you’d be wrong. Xamarin stands apart from its competitors because of its ability to take advantage of the native features and functionality of the respective platforms; in fact, Xamarin Native provides direct wrappers for all the native APIs on the target platforms, which means you lose zero functionality.

User experience (UX) is central to making sure people use your app and enjoy it, and having apps that feel native is key to this. You can tell when an app has been poorly designed (we’ve all downloaded a few), but Xamarin doesn’t have that problem. By embracing the unique features of each platform the apps have their own distinct features, making them feel like true native apps.

It is not just design though. Xamarin apps have access to a comprehensive range of functionality from the underlying platform and device, including platform-specific capabilities like iBeacon and Android Fragments. Xamarin apps are also compiled for native performance, with platform-specific hardware acceleration. In addition to this there are many open source libraries available for Xamarin to allow developers to implement common App functionality such as offline storage, network connectivity, authentication to name but a few.

Xamarin really does allow you to have your cake and eat it. If you’re looking to develop a mobile application and want to appeal to users on all platforms there really is no better choice. Sharing upwards of 75% of the base code without compromising on native design and performance means you can have three almost-native apps for a shade of the development time and cost. 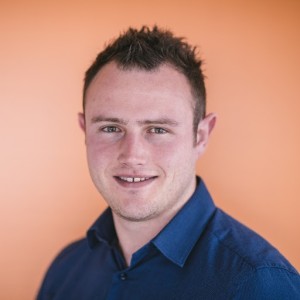